My journey into Goldens began in 1981 when a friend of mine got a Golden Retriever puppy. I fell in love with that dog and always wanted one after that. In 1986 I received my first Golden Retriever from a friend who bred her two goldens together. I named him Snapper. At the time I didn’t know any better nor did I research the pedigree of the dog. Two years later he died of cancer. Then in 1988 I bought another Golden from a reputable breeder in Miami. I named her Sugar and she was a great dog. She lived to be 14 years old. At the same time I got another Golden from the same breeder and I named her Honey. She also lived a long life of 12 years.

As my love for the breed grew, I thought I might want to dabble in the world of showing. So I got another two Goldens from a show breeder near Tampa, Trouble and Skittles. Neither of them turned out to be good enough to be show dogs so I kept moving on. So, at an attempt at a show dog I decided to breed Trouble and keep one of her puppies. That puppy turned out to be Roxy. She actually made it to the show ring and soon went on to win Best Puppy at a local show. However, she never had the successful show career that I had hoped for. So I decided to purchase yet another dog. I finally got Cody who was the Show Dog I was looking for. One that could actually win occasionally. He became a Champion at just 21 months old. Shortly after he became a Champion I started showing him in Best of Breed. In 2010 he won quite a few Best of Breeds and started placing in the Sporting Group. He won his first Best In Show on June 26, 2010. He was 3. In 2011, He went on the road with the then professional handler Jane Myers and together they made him the Number One Golden Retriever in the Country (All-Systems). They went to the Golden Retriever National that year and also won the Peoples Choice Award at the Top 20 Gala. During 2011 He won 54 Sporting Group wins and 8 Best In Shows! In 2013, after a year in retirement, he went to NY for the Westminster Dog Show and won Best of Breed! It was an amazing ride!

My daughter Courtney has been raised with Goldens her entire life and also has a love for the breed. She likes to handle our dogs in shows and has become more and more involved in breeding, grooming, and training. She had her first litter of puppies in October of 2018 and plans to continue on our bloodlines with more litters in the future.

We could not imagine life without our dogs. There is never a dull moment when they are around. They are great dogs with children and love to be active. All of our dogs are strong swimmers and love to retrieve. GoldRox Goldens will continue to grow as time goes on and we will work on always improving our breeding program.

We are active members of:

The Golden Retriever Club of America 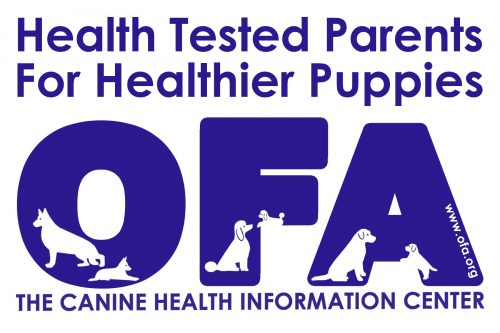